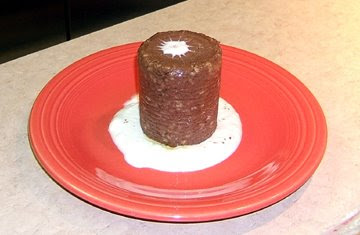 I am more important than YOU , another Good Samaritan story

It doesn’t pay to help people. Did I mention that earlier?

And I'm not kidding in the slightest. In almost all situations I am number one. Okay, so my wife could come first. Perhaps a child of mine, perhaps not depending on if their room was clean as per instructed.

But generally I come before you.

Should the airplane cabin lose pressure, I will be putting on my oxygen mask on first. Then I'll help you.

I am unlikely to run into a burning building. I'm not a fireman. I don't have rescue equipment with me (the least of which being breathing equipment).

NEW CASTLE, Ind. (AP) - A woman who tried to help after a car crash was punched and bitten by the man she was trying to assist, police said. "It was just crazy. I was just trying to help," 28-year-old Danielle Herndon of said Wednesday.

Authorities said Herndon was riding home from with her mother on Interstate 70 Tuesday night when a car driven by passed her in the grass, crossed the highway, flipped and landed south of the road.

"I thought he was dead," Herndon said.

Her mother, who was driving, pulled over and Herndon called 911, then ran to the other car. already had climbed out, she said.

"I leaned down and asked him 'Are you OK?' I didn't see any blood or anything. 'Are you OK? Is everything OK?' And he started cussing me," Herndon said.

then charged toward her mother and hit and bit Herndon when she got in the way, Herndon said.

"He was still biting me when the cops finally showed up," Herndon said.

When Indiana State Police Trooper Dave Whitinger arrived, he handcuffed . When another police officer and a medic arrived, kicked and spat on both men, Whitinger said.

"In 11 years I'd never seen anything like it," Whitinger said. "Definitely a weird one."

Herndon said the ring finger on her left hand was broken and doctors told her that her nose might also be broken.
---
Information from: The Star Press, http://www.thestarpress.com

Panhandlers: I Shit You Not

I received a 911 call earlier today from a woman who was curious what number to dial to report a male harassing her. I told her that if it was going on right now, 911 was fine – do tell.

She said she was panhandling at one of our fair city's most lucrative corners and a drunk male, also panhandling, had been belligerent and shoved her. They were both standing on the raised median between lanes (4 lanes one direction, 3 lanes the other).

I asked the caller where officers could meet her for contact. She said she was still in the median. I told her she needed to get out of the street and pick a corner that she’d be safe at.

She said, I’ll just wait in my car.

Um… okay. What kind of car?

Wait – wait – wait. She’s a panhandler by profession and drives a 1998 SUV ? And I know the parking lot she had parked at. – she’s not camping there at night. She drives this vehicle.

Granted that it is a 10 year old vehicle and could be a POS but c’mon – it’s only 2 years older than my ubiquitous SUV! And she’s calling me from a cellular phone. How much does that cost? I know how much it costs me and I consider it something of a luxury.

These are your charity dollars at work, people.

If you continue to give money to panhandlers this is where it goes and you are only perpetuating the problem.

Oh and by the way, if you wish to invoke the Good Samaritan story in the Bible – you’re drinking the wrong color Kool-Aid.

(The PanicBlog translation, your Bible may vary)

A guy was traveling from to . Banditos beat him up and left him for dead. (PanicBlog note: Bear in mind the half-dead guy had no sign mentioning he would work for food or that he was a Maccabean War Veteran.)

A priest walked up the same road and, upon seeing said half-dead guy, stepped to the other side of the road and kept walking. A second passerby, evidently wearing Levi’s, did the very same thing.

A third passerby, this one a Samaritan, saw the miserable heap of human flesh laying on the side of the road and did what? (PanicBlog note: Did he give him $20. No. Did he simply give the guy a meal? Nope.)

What G-Sam did was this: He bandaged the victim’s wounds. He poured oil and wine on him. He loaded him up into his donkey (which incidentally was the SUV of its time and considered something of a ‘sweet ride.’) He took him to the Motel VI where he then took care of him and paid for his food and lodging. He also gave the guy 2 silver coins. (PanicBlog note: Considering that Judas Iscariot sold out the Son of God for 30 silver coins, this was some tall green).

Sooooo, boys and girls. If you want to help the homeless – go all the way. Take ‘em home. Set them up with health care and some spending money.

Or perhaps spend your panhandler money more wisely and give it to a social service agency which will do all of those things. There are many of them and you know which ones they are.

Another thing to consider was the story Luke failed to mentioned: The story of G-Sam’s brother, we’ll call him “D-Sam” for Dead Samaritan who was shanked in the eye with a spork when stopping to aid a homeless looking subject. His case wasn’t so parable-worthy as his brother.

** yes, I know, there is a whole different point to the Good Samaritan story which has to do with racial tolerance. I don’t claim to be any kind of religious scholar. I don’t even claim to be the least bit religious.

Email ThisBlogThis!Share to TwitterShare to FacebookShare to Pinterest
Labels: crime, panhandlers, The Bible 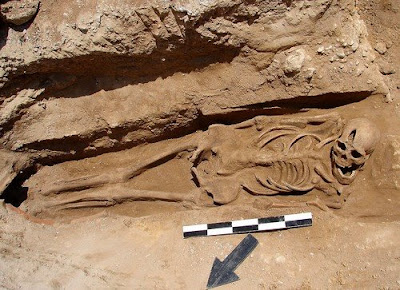 The skull of a young woman shows a wound that indicates an attempt to
save her life, nearly 1,800 years ago.
From the Associated Press
March 15, 2008
THESSALONIKI, GREECE -- Greek archaeologists have unearthed evidence of what they believe was brain surgery performed nearly 1,800 years ago on a young woman who died during or shortly after the operation (the rest of the story)

Email ThisBlogThis!Share to TwitterShare to FacebookShare to Pinterest
Labels: science 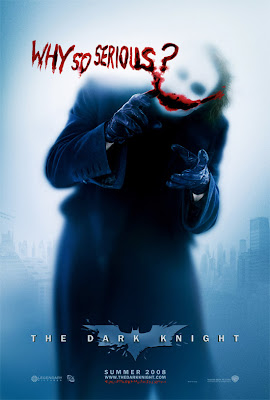 Write Your Own Joke 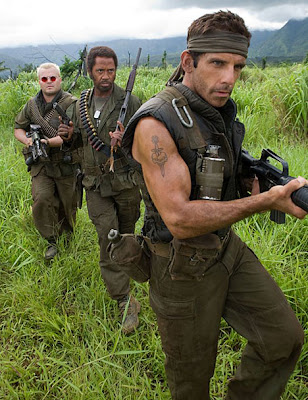 or even your own diatribe about racism. Your pick.

From the upcoming movie Tropic Thunder. 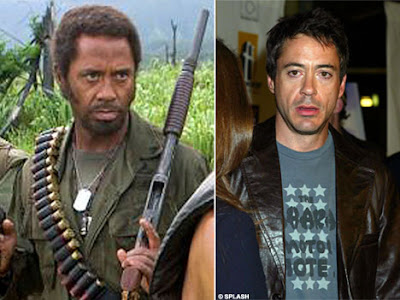 And the blonde is Jack Black but that's less interesting. 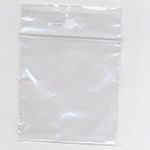 Tiny plastic bags used to sell small quantities of heroin, crack cocaine, marijuana and other drugs would be banned in Chicago, under a crackdown advanced Tuesday by a City Council committee.

Ald. Robert Fioretti (2nd) persuaded the Health Committee to ban possession of "self-sealing plastic bags under two inches in either height or width," after picking up 15 of the bags on a recent Sunday afternoon stroll through a West Side park.

Lt. Kevin Navarro, commanding officer of the Chicago Police Department's Narcotics and Gang Unit, said the ordinance will be an "important tool" to go after grocery stores, health food stores and other businesses. The bags are used by the thousand to sell small quantities of drugs at $10 or $20 a bag. (read the rest of the story)

Let's list a bunch of other perfectly innocuous items which could be outlawed due to their ties to drug use:

JUNEAU, Alaska (AP) - Gov. Sarah Palin and her husband are expecting their fifth child in May, she announced Wednesday.

"I will be delivering an addition to the first family," Palin told a stunned group of reporters.

The Republican governor, now in her second year as Alaska's chief executive, said she does not believe the pregnancy will affect her ability to run the state. Palin has been mentioned as a potential running mate on the Republican presidential ticket.

She said her work as Wasilla mayor had only a brief interruption when she had her youngest daughter, Piper, six years ago.

"I had Piper on a Monday and I was back to work on a Tuesday," Palin said. "I even brought her to work with me."

Todd Palin, a worker in the North Slope oil fields, is on leave from his job with oil giant BP.

Track enlisted in the Army last year and has been assigned to Fort Wainwright in Fairbanks.

Former Massachusetts Gov. Jane Swift was the nation's first governor to give birth while in office. She had twin girls May 15, 2001.

Congratulations and best wishes to our beloved Governor.

Oh and who wants in the "Palin child name contest" ?

Consider her other choices carefully before proceeding. 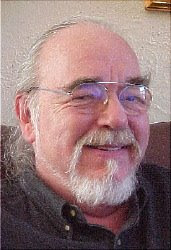 Gygax had been suffering from a number of health problems including an incurable heart aneurism, Gail Gygax said. He was 69. (the rest of this article) 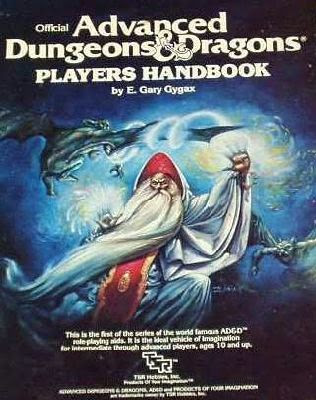 It's easy to mock folks who play or have played role playing games as geeks or nerds or whatever. Sure, you bet. But RPG games live on in person and through the internet. You've probably played more than one.

Gary Gygax enriched the lives of a lot of people through his games.
He had a dream and he rocked that mother fucker. 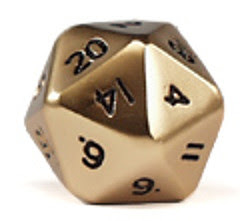 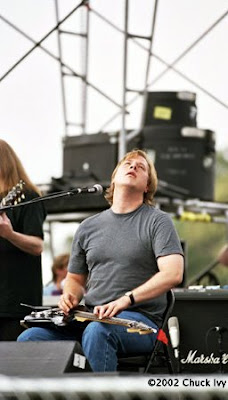 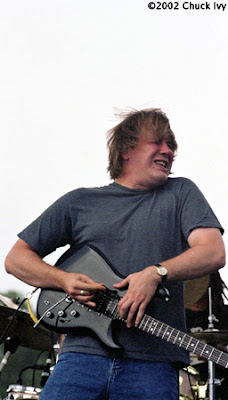 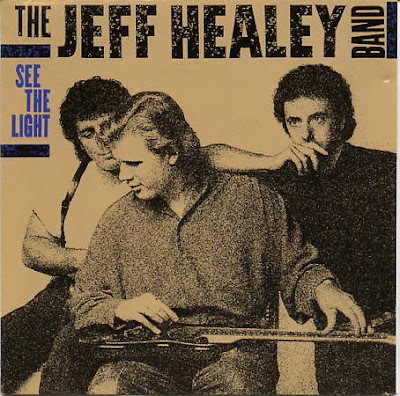