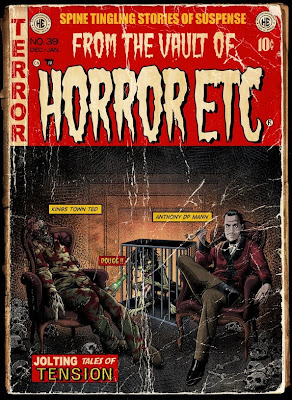 I have always loved listening to radio chat shows (as opposed to screechy political talk radio) and I love horror movies so I was pleasantly surprised to find The Horror Etc Podcast.

Ted and Tony are horror fans from , who have lively discussions about horror movies and post their podcast every Monday for our listening pleasure.

And a pleasure it most certainly is. Unlike movie review podcasts or juvenile shows dedicated to a lot of swearing and dissecting of kill-scenes from horror movies, the Horror Etc guys usually have a theme and then discuss horror movies from the early days of cinema to new releases on that theme. It’s always entertaining, informative, and thought-provoking.

This is not to say they don’t ever use bad language or discuss special effects but their discussions are usually much more intellectual than the standard fare.

If you enjoy horror movies and interesting discussions, check out the Horror Etc Podcast.

(By the way, I'm not in any way affiliated with these guys nor has anyone asked me to post something nice about them. this is just how I roll).

and here's my original tale of woe:

My grandmother owns a 1 bedroom apartment style condominium unit in a two-building 100-unit condo association in a very desirable part of Los Anchorage. In 2007 her property tax assessment was $210,700.

Last June a plumber’s apprentice, not being supervised appropriately, accidentally started a fire which caused one of the buildings (approximately 50 units) to be considered a total loss. Luckily my grandmother lives in the other building. 50 families have no homes now but still are required to pay their condo dues (which are in excess of $400 per month).

Here’s where her luck stops:

It turns out the condo association was drastically under-insured – somewhere between $4,000,000 and $10,000,000 under-insured. Guess who is going to make up the difference?

Winner, winner, chicken dinner – you guessed it: grandma (and 99 of her closest neighbors). She was just notified by the condo board of directors that all owners should expect a special assessment of about $70,000 (middle ground of the two ends of the shortfall continuum).

Who can afford to write a $70,000 check? Chances are if any of the condo owners in her association could write such a check they’d be living in an even more desirable area of town.

After the fire (but before the consequences of the fire were fully known) my grandmother obtained “special assessments insurance” which would cover such a check but it’s doubtful they’d cover an assessment for an event which occurred before coverage started.

Either way there are lots of people who are not merely screwed but really most sincerely screwed.

For the foreseeable future no one will be able to sell their condo. Who’d buy such a thing with that special assessment time bomb coming? And since they don’t have any real idea how much that assessment is going to be, how would you put a value on the property? Would any title company clear the property for a mortgage company?

Speaking of mortgages, my grandmother owns her condo outright. For those who still have mortgages on their property they will need to take out and additional $70K loan. Ouch.

This will take years to sort out. A lot of owners are elderly and frankly a lot of them will be dead and buried before the final bill becomes due. Imagine the estate nightmare.

It breaks down like this. Say when you bought your house it was valued at and insured for $150,000. But now say your property has appreciated (through natural market forces or by improvements or whatever) such that the house is now worth $200,000 but the insurance was never modified to reflect that. The insurance company is going to assume you meant to be only 75% insured.

So let’s image that Hurricane Jimminy comes by and blows part of your roof off. The cost of the roof repair is $10,000. The insurance company is only going to pay $7500 less your deductible.

Who’s responsible for keeping up with whether you are properly insured? You. If it’s a condo association then it’s the condo association board of directors. In the case of my grandmother’s condo the insurance broker might have some liability but that’s only if he didn’t follow his rules and responsibilities to notify. I’m certain that each board member will be sued. Another reason not to be on the board.

I Met A Rat Of Culture by Jack Prelutsky 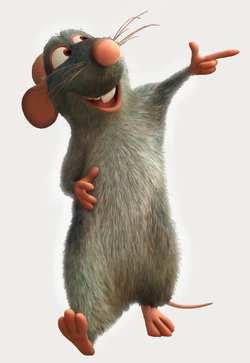 I met a rat of culture
who was elegantly dressed
in a pair of velvet trousers
and a silver-buttoned vest,
he related ancient proverbs
and recited poetry,
he spoke a dozen languages,
eleven more than me.

That rat was perspicacious,
and had cogent things to say
on bionics, economics,
hydroponics, and ballet,
he instructed me in sculpture,
he shed light on keeping bees,
then he painted an acrylic
of an abstract view of cheese.

He had circled the equator,
he had visited the poles,
he extolled the art of sailing
while he baked assorted rolls,
he wove a woolen carpet
and he shaped a porcelain pot,
then he sang an operetta
while he danced a slow gavotte.

He was versed in jet propulsion,
an authority on trains,
all of botany and baseball
were contained within his brains,
he knew chemistry and physics,
he had taught himself to sew,
to my knowledge, there was nothing
that the rodent did not know.

He was vastly more accomplished
than the billions of his kin,
he performed a brief sonata
on a tiny violin,
but he squealed and promptly vanished
at the entrance of my cat,
for despite his erudition,
he was nothing but a rat.
~Jack Prelutsky