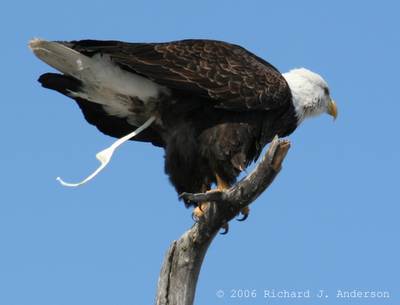 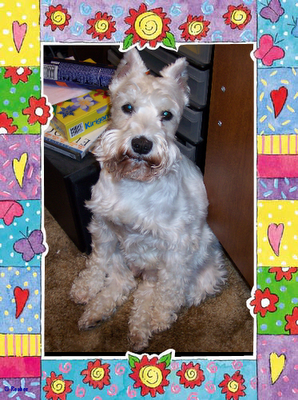 Email ThisBlogThis!Share to TwitterShare to FacebookShare to Pinterest
Labels: sugarbaby 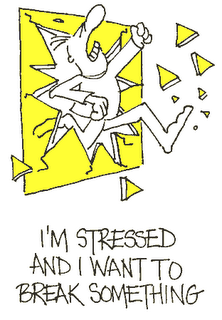 I know I haven’t actually written anything for a while so I'll remedy that now by explaining why.

It's been a week:

1) Sugarbaby went into the hospital again. She started throwing up and that always spells trouble with her. She probably ate some mushrooms or something so now we have to watch her like a hawk. After spending a few nights in the hospital she's home and much better now. No biscuits though, just in case it's a new food allergy.

2) My grandmother went into the hospital again. She started feeling dizzy and that always spells trouble with her. She probably ate some mushrooms … wait, back up… actually she was bleeding internally from a source as yet undiscovered. They probed her backwards and forwards (literally) and came up with nothing definite. She's on blood thinners for her heart which adds greatly to the spurting volume of any wound but to take her completely off of that might result in a stroke. Lovely. So she gets to choose: Have the family worried that she's going to bleed out from something relatively minor; or have the family make fun of her when she can't move one side of her body or speak correctly. Hmmm. Let's see. Can I see behind curtain number three? After several nights in the hospital she's back home feeling much better now but we aren't going to give her biscuits either.

3) This was the week of the advanced CIT training. I gave a 45 minute presentation on self-injurious behavior. Thanks to CP and all the rest of the folks who gave me input. You are the best! The officers I taught at least have an understanding that this is a coping issue not a suicidal ideation. I was anxious leading up to the presentation because I have never spoken in front of officers and certainly not 50 officers, but it went quite well. I neither lost my mind nor wet my pants. Both I consider victories. Plus I feel a little more comfortable around officers now (it only took 10 years). Before I always felt like a spy in the house of love. Nobody likes dispatchers. Waaah! Okay, I'm being dramatic. Anyway, that created stress until after it was over.

4) The portable hard drive I got as a birthday gift just crapped out on me. It's not a huge deal (I didn't have a crash and then lose my backup too) but it pisses me off. I don't think I have a receipt but I'm pretty sure Costco will take it back. It's just a few months old.

5) I can't drown my sorrows in candy and/or ice cream. Well I suppose I can but I am perilously close to having significant blood sugar issues so I am off the evil white powder and all its forms for a while. I made my bed but that doesn't mean I'm not going to bitch about it.

I've read a lot of books lately (well, listened) and I'll recommend some. I have been attempting to learn to do caricatures in polymer clay. Hopefully someday you'll see your likeness on my blog. Ha! Creating stress in others is much more satisfying. I've got a long way to go. I started with Don Knotts and I'm not nearly there. My guy looks like a guy (which is a good start) but he doesn’t look like Mr. Furley yet. Either way the things I'm learning about sculpting the human face is actually pretty interesting and will apply to other forms of art if I feel so inclined. Just finding out that the eyeline is in the center of the face (from top of head to chin) sort of stunned me. I never noticed that before. Try it, it works. Next is Abe Vigoda. After that maybe Angelina Jolie. I'm looking for interesting faces to start with.

If you want to see some amazing photos I urge you to visit this week's tenant: Full Metal Photographer.

You'll be glad you did.

I Love My Job

Where else can you ask callers “so, what are you wearing?” without it being in a creepy way? 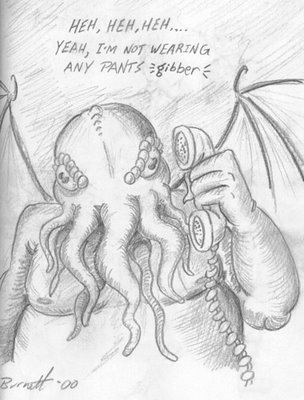 My Dog, Why Have You Forsaken Me ! 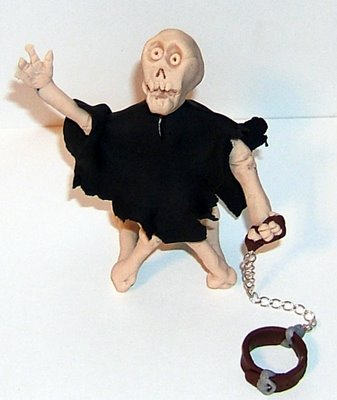 This is nearly exactly what I envisioned when I first started the PC thing. The skeletal stuff, not necessarily the pun. But I like it. 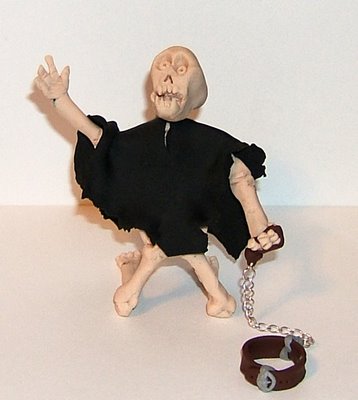 The face is too smiley but it's a clay thing so I think it's okay. 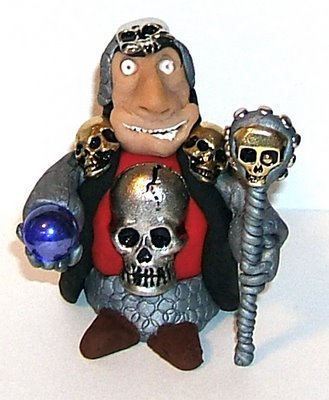 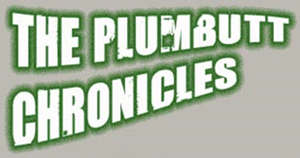 Welcome to Billy Boy aka Plumbutt – Founder, Creator and overall Mastermind of The Plumbutt Chronicles. He's a Modern man from New Joisey who enjoys climbing tall mountains, riding bikes down steep hills and pissing people off. 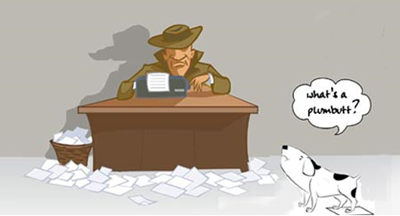 I've already used his words to describe himself, let's see what he has to say about his blog, shall we?

TPC, established in 2004, attempts to present in humorous fashion, a daily dose of sarcasm and satire on everything from the serious to the sublime…. WARNING: You may read explicit language here. You may see partial or full nudity. You may see farm animals in various stages of undress. You may not like or agree with what I have to say. In either case...LIVE WITH IT!

His is a funny blog. You'd do well to check it out HERE.

This is my first successful skeleton figure. This is likely the 4th grade skill level version of what I hope to create in the future. I tried to use Dinko Tilov's style of skull construction but found I had to modify it to accomodate the heat of my room and my not-so-delicate fingers and thumbs. 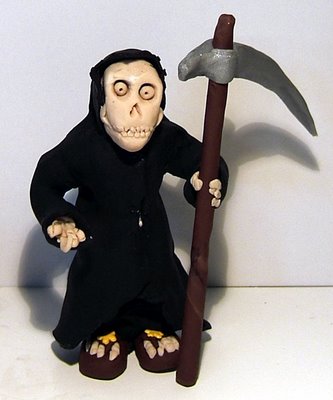 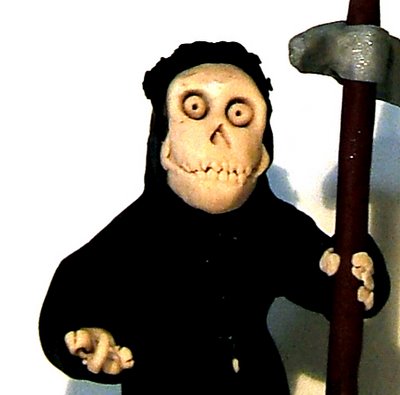 The next ones will be better. I'm trying to imagine incongruous Death poses. Maybe Death will be smelling a flower next time. I think I'll put some insanely happy or joyful object with Death in every incarnation. My skulls are getting better and the new ones will look less simian and have more expression.

Vote For The Extinction of Man 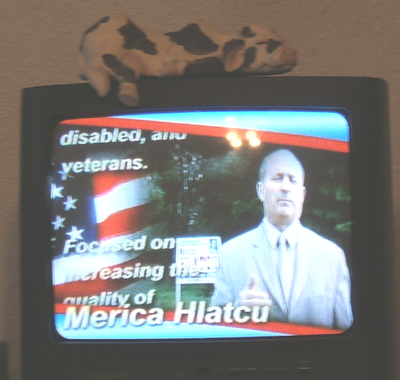 Maybe it was all the HP Lovecraft I read over June 6, 2006, but my gut reaction is to not vote for Mr. Hlatcu for Governor.

Perhaps it's his endorsement of a Mr. Yog-Sothoth for Lt Governor.

Or that his campaign is managed by a Mr. Cthulhu. 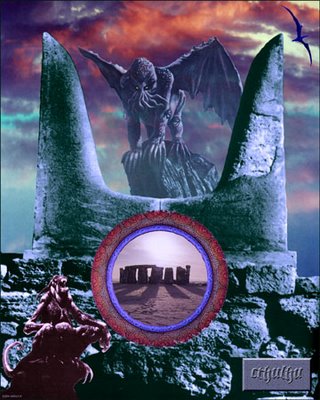 Or that in his hand while his TV spot aired was a leathery volume called the Necronomicon.

It's possible that Mr. Hlatcu is exactly what he purports to be: a Romanian immigrant who was lived in for 16 years and is an engineer by trade.

Or he might be an emissary of The Ancient Ones.

If you are not familiar with a "taint," it's that area of your tender vittles (to use a baseball metaphor) between Home Plate and the Dugout. Where to draw the lines indicating areas of the "field of play" will vary by your own league rules.

Or to be more specific (and to use a geographic governmental metaphor in picture form), the orange part is the geographical taint.

Anyway, have you ever had a zit there? You're all cleaning up after a visit to the "restroom" and you think to yourself "Hey, what's that? Oh the humanity, that's a zit! On the taint! A taint zit. Yeeeow!" 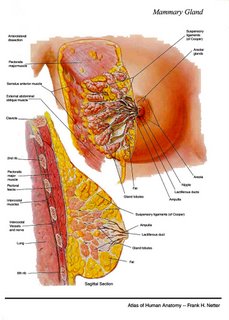 J-Bro pointed out that my template changes made it impossible to leave comments. Well, we don't want that.

Thanks, J, for alerting me before I crashed into the reefs of "nobody is commenting" and landed on the shores of self-doubt and depression. Or someink.
Posted by Eric at 7/07/2006 02:36:00 PM 2 comments:

Listenin' to the Muzak, thinking about this and that…

How do you like the new design? It's not all that different but I added "not in a creepy way" somewhere prominent. I'll probably tweak it a little. I wonder if I can copyright "not in a creepy way?" Trademark? Hmm. If'n I ever start a business, I'll call it "Not In A Creepy Way Productions."

Elvis Costello and the Attractions are on heavy rotation tonight. "They're saying things that I can hardly believe. They really think we're getting out of control." 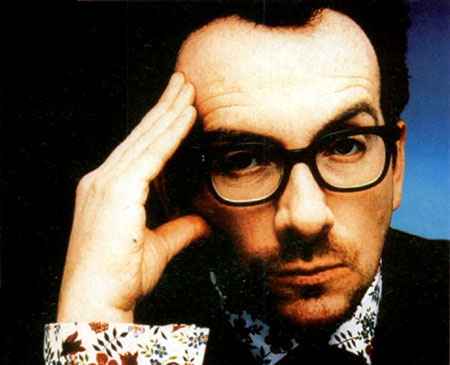 Costello's Spike is one of my favorite albums from any artist. Every song is intricately written, plus it was my introduction to the story of Derek Bentley.

If you've never heard of Derek Bentley or Chris Craig, you need to go HERE and read the story (teaser: He was executed in 1953 and then pardoned in 1998.) Then you'll have to get your hands on the song "Let Him Dangle."

What else is going on? One week without sugar. I wouldn’t recommend it unless it's necessary which in my case, unfortunately, it is for a while. Oh well, maybe I'll lose some weight. I can't imagine how I wouldn’t since my main food groups used to consist of chocolate and nougat with the occasional peanut or almond thrown in if I was feeling like health food. I never thought I'd miss nougat but I do. I'd write a little poem, an ode to nougat, but I'm not in that kind of mood. I do like typing nougat though. Nougat, nougat, nougat. 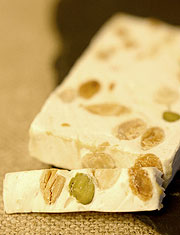 The asshats down the street are shooting off fireworks again. It scares the bejeesus out of Sugar. Really, there is bejeesus all over my computer room. She's currently hiding under my desk at my feet as Kelli sleeps in the next room. 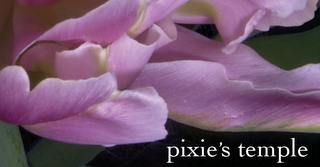 I've had a lot on my plate the last week. I'll probably dribble bits of detail when I sit down to write seriously soon, but here are some new polymer clay creations, mostly copied right out of Dinko Tilov's book "Creating Fantasy Polymer Clay Characters."

I've learned some technique which will greatly increase the quality of my own creations as they come along. And I love the idea of using the buttons for armor.

With that, here they are. 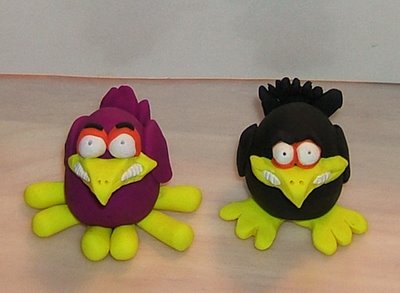 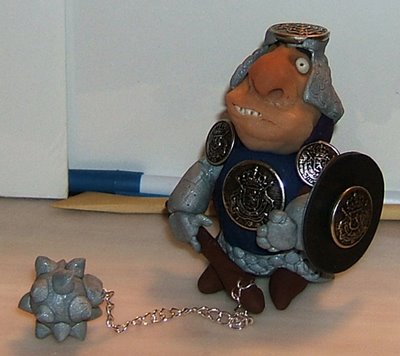 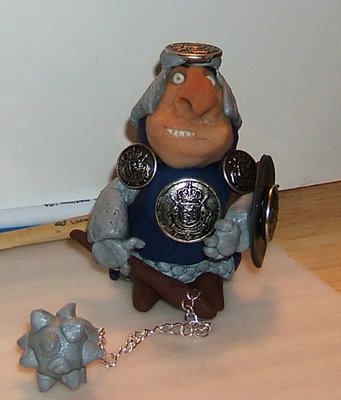 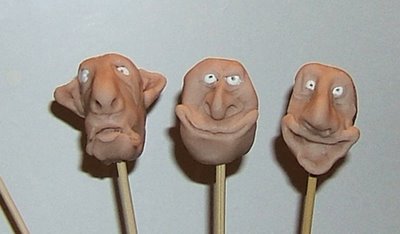 The Light At The End Of The Tunnel 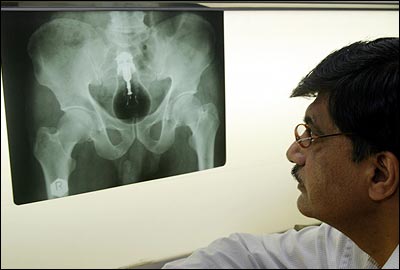