Does A Bear Poop In The Woods ?

Well, as evidenced by an accident in the outskirts of Los Anchorage today, it will poop on the road if it is under the influence of a Ducati S2R. 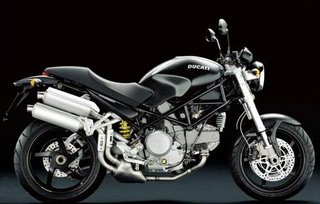 Yes, a motorcycle vs. bear accident. Do you get a lot of those where you live? I swell with hometown pride (although not in a creepy way).

The scenario: the biker, travelling 65-70mph crests a hill on what could only be described as a "country road," paved but pot-holed and no shoulders. On the other side of the hill is a black bear who is unaware he is about to become one with the Ducati legend. 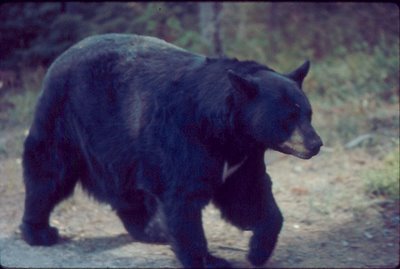 The damage to the rider: broken collar bone.

The damage to the Ducati? Nothing except it was a hair transplant recipient on the handlebars.

Damage to the bear: Undetermined since it fled the scene but it left a bunch of poop in the road. The bike literally knocked the crap out of the bear.

I somehow doubt that will be turned into some marketting gimmick for Ducatti.

That's really funny, Eric. I'm glad I don't have to worry about colliding with a bear around here.

i ran into a mother bear and her cub in sequoia while hiking. It was not a fun experience