This is going to be a fun year. We’ll have a new president.

At this point (and yes it’s very early still) it appears that no candidate is either all that innovative or exciting. However, it also appears that unless something crazy happens our new president will be less arrogant and more responsive that the current administration.

That’s me being polite.

One exciting thing is that our own governor: Sarah "Skinny White Chocolate Latte Gets It All Over Town" Palin (aka "Skinny G") has been mentioned as a possible running-mate to the eventual Republican candidate. 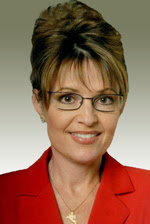 The thinking is this: Republicans have an image of being old, male, and corrupt. Skinny G is young, female, and is so ethical that the Alaska Republican party disowns her at every opportunity (because she’s called them out on their corruption).

Plus, in comparison to all the other Republican candidates, she’s smokin’ hot.
Everyone but Romney is pretty ugly and Romney seems a little plastic. 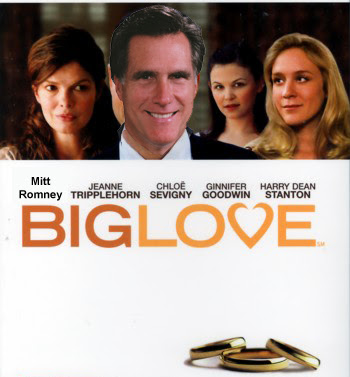 but I see him and think “Nip/Tuck.” 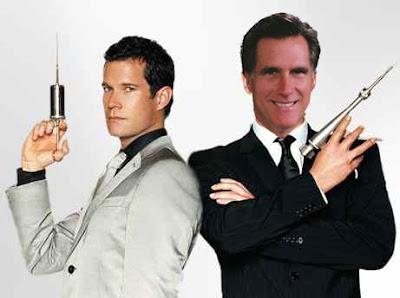 And if Hillary Clinton wins the Democratic nomination, how better to undercut her femininity than to provide your own female – but younger, prettier, and with less scent of corruption?

I’m not a Republican but I voted for Skinny G with great enthusiasm. I’d likely do it again in a Presidential election.

On the other hand, if it comes down to Clinton vs Guiliani or Clinton vs Huckabee, I'm going be hard pressed who to vote *against*. Obama is an interesting candidate and I'd vote for him but we'll see if he can pull off the rest of the primaries.

I think I'd actually become a campaign volunteer if I was offered the bold bipartisan ticket of Edwards/Palin.

Well now that it's Johnnie McC and Skinny G, are you still leaning toward NObama?