You Can Get Anything You Want

Yesterday I heard a Fresh Air interview with Arlo Guthrie celebrating the 40th anniversary of the ’s Restaurant.

First let me say that Fresh Air’s Terry Gross is fantastic. She has a low-key style (which SNL mocked) but she doesn’t ask those softball Larry King questions. She conducts a smooth interview (unless you are Bill O’Reilly or Gene Simmons) but isn’t afraid to ask the difficult questions and get interesting answers. I hated her style at first but now I much prefer it to all the shouting on some other “infotainment” shows. Let’s hear it for TG! Give it up, Philly!!!!

Ahh.. Arlo Guthrie. The world changed but he never did. 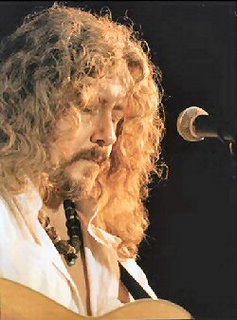 Which is good because the world has changed right back to where we need him: we are involved in an unpopular war, the country is divided between conservatives and liberals, and we all need a little reminder that we are all just folks trying to get along in the world.

The first time I heard ’s Restaurant was in the back seat of Chris Achilles’s dad’s car on the way to an arcade or a movie or some such adventure. He introduced us kids (maybe 9 or 10 years old) to both (and her restaurant) and to the Motorcycle Song.

One of my best friends at work comes from and she grew up pronouncing the two-wheeled motorized menace as “motorsickle.” The first time she said that on the radio as a dispatcher she received nothing but mocking feedback. She still says “motorsickle” when she’s not on the radio but it’s with bitterness in her voice. And you don’t pronounce the non-motorized vehicle as a bye-sigh-kle. Think about it.

Which is what ’s Restaurant did for me: made me think. First, it was a great song for the 10 year old kid who soaks up complicated lyrics like a sponge. Chris and I and probably Sherry Dion’s brother Chris could all recite most of ’s Restaurant. Probably still can.

We used to make up different lyrics to all kinds of songs back then. This was back when Chris Dion’s “Pong” was the state of the art gaming technology. Being deprived (nostalgically so in my memories now – see “poetic license”) meant that a tape recorder and a tape of one of Chris Achilles’ novelty records (“Flying Purple People Eater” et al) could lead us to singing along and changing lyrics to all the popular songs of the day and generally being creative without the requirement of being “artistic.” Chris had natural musical ability which he later focused on the drums but I certainly had no musical inclination (see “guitars”) yet I remember a lot of making crap up and juvenile improvisation. 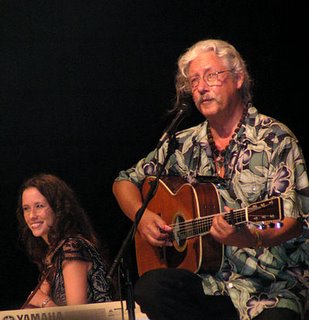 ’s Restaurant has great timing. It has lush imagery. It has humor that appeals to the young and the old, those knowledgeable in the ways of the time it was written and those who never lived through that time.

It’s so absurd that it has to be mostly true.

And the way he tells the story is so lovely, with the tangents twisting off and then coming back to reconnect. It’s an American classic and Arlo is an American treasure. Sure, his dad was an icon and that’s hard for a son to live up to, but I think Arlo’s done a fine job.

He bought the church. The one where used to live and where they had Thanksgiving dinner back in 1965, after they took out the garbage. 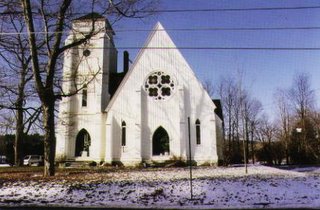 It’s now an interfaith church, welcoming everyone who can bring their own God or just bring themselves.

Drop by his website: www.arlo.net or just drop by the church.

You can get anything you want at ’s Restaurant.

I am sittin on the Group W bench

Amen, brother. Me too.

i heard that song for the first time on thanksgiving, driving up to my parents'. WXRT in chicago, apparently plays it as a thanksgiving day tradition. i knew it was a classic, but i had no idea really why or what it REALLY was about or what the deal was.

Enchanting blog. Your site was off the chain and I
will return! I peep the web for blogs just like this
one.
Go by and hit my blog, you'll be glad you did.

Sensational blog. I took pleasure in the site and I
will go back! Surfing online for blogs like this one
is worth my time.
Go and find my plastic surgery new york blog.

Wonderful and informative web site. I used information from that site its great. video editing programs